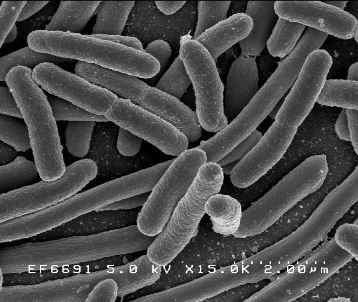 The water you are playing in may not be as safe as you would like to think. River users could encounter high levels of E.coli bacteria at popular recreation sites.

Friends of the North Fork organized the study during the summer of 2015.

As the report states:

This project looked at the bacteria levels in the Shenandoah River at locations on the North Fork and Main Stem where people are likely to come in contact with the water through swimming and tubing. We found a number of locations where the state water quality standard for recreational use of the river was violated. In some instances, the level of bacteria was over the standard by a factor of 10.

The study, which was supported by the Dominion Foundation, involved taking samples about every two weeks at sites on the North Fork, the Shenandoah River mainstem below Front Royal, and selected tributaries that are often used for swimming or other recreation.  There was no sampling on the South Fork in this particular study.

The samples were tested by the Friends of the Shenandoah River at their certified laboratory at Shenandoah University. Over the course of the study, which focused on the high use warm weather months of May to September, patterns emerged.  People using several sites had a relatively high chance of encountering bacteria above safe standards.

Concha Mendoza, operations manager at FNFSR, was part of the sampling team. “Even if we get a clean sample at a site, there’s no guarantee that the water there won’t have high levels the next day,” she shared. “People need to be careful.”

The most worrisome sites in the North Fork watershed included Blue Hole near Bergton, Plains Memorial Park in Timberville, and the covered bridge at Meems Bottom near Mount Jackson. Downstream sites at Craigs Run and Lockes Landing in Clarke County were consistently high as well.

“Our organizations want to see more folks getting out and enjoying the river. But we are concerned that they do so safely,” Eckman shared.  No matter where you are using the river, they encourage everyone to follow the Virginia Department of Health’s guidelines such as washing their hands and avoiding contact with open cuts and wounds.

The study points to the need to address the sources of high levels of bacteria which can come from livestock and wildlife, from faulty septic systems and broken sewer lines, and from other sources of polluted runoff.  Another trend evident in the data was that E.coli levels are often higher following rain events, which points to the likelihood that sources may be from surface runoff from farms, fields, and other areas.

The organizations hope the research will encourage agencies to better warn the public and also result in action to clean up the problem. This study has been shared with the Virginia Department of Health, which regularly posts advisories and even closes public beach swimming areas when bacteria levels are high. The study was also shared with the Department of Environmental Quality (DEQ), which is charged with reducing pollution in the commonwealth’s waterways. DEQ sampling data has also shown high levels at several of the sites.

Eckman concludes that “We hope the public will be careful. The study raises community concerns about what upstream sources may be causing these problems at various sites.  With all the programs available to improve septic systems and better manage livestock, we know there are simple solutions that could start to make a big difference for everyone who enjoys the river.”

The 2021 John Wilburn Scholarship awardee, Kathryn Motley, spent her summer in working with a…