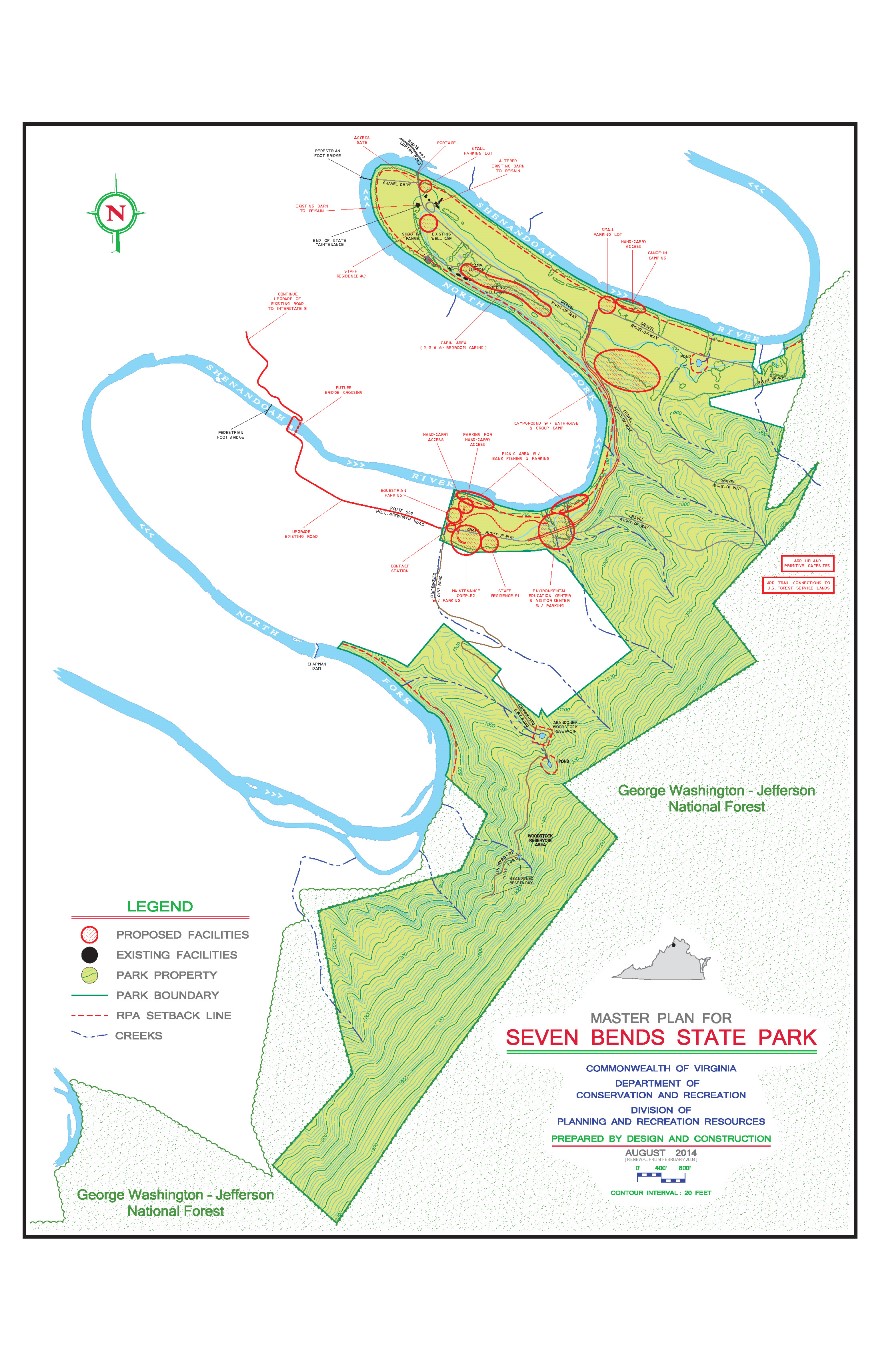 Trail work got underway the week of July 20th with the help of Park officials and members of the Youth Conservation Corps crew from Shenandoah River State Park. If you want to join in, contact us at [email protected].

Over time we will need help with everything from physically demanding trail work to organizing, office work, and fundraising for future projects. Both trail clearing and river clean-up projects are already slated for this summer. Other activities such as habitat improvements, educational activities, and inventories of the Park’s resources will be planned out for the rest of the year and beyond.

Friends of the North Fork was recently designated by the Virginia Department of Conservation and Recreation as the official “community support organization” for Seven Bends. Usually such groups form after a Park is developed. Friends of the North Fork had already been working in the community since 1988 and it was a simple step to add in a new program area to support the Park.

The Park is not officially open to the public and likely will not be before next summer. People attending the meeting will hear about opportunities to join with other volunteers for hikes to explore the land and scout out projects. The 1,066 acres lies along roughly four miles of the North Fork of the Shenandoah River, primarily between the Lupton Road bridge and the South Hollingsworth Road bridge in Woodstock. The mix of open and forested land extends to the National Forest boundary along the slopes of Massanutten Mountain.

Beats on The Bend: Rescheduled!