Free and Open to the Public

Hormone Confusion: the Fish, the Water, and You 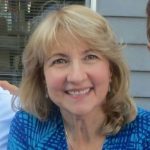 Remember when fish kills and “intersex” fish were big news for our river? Those problems persist. In 2007 Friends of the North Fork found 59 manmade organic chemicals in the river water. (Read about our research here.) Dr. Henriksen will help us understand current research on how these chemicals might impact our health and the ecology of the North Fork.

Endocrine disruptors are chemicals – either naturally occurring or man-made – that can interfere with an organism’s endocrine system in a way that is detrimental to the organism’s health. All organisms that naturally synthesize and utilize hormones such as thyroxine, estrogen, testosterone, or progesterone are vulnerable to the effects of endocrine disruptors, even at very low levels currently deemed acceptable by the EPA. This applies to humans, mice, livestock, and even fish, among others. Common man-made endocrine disruptors include bisphenol A and phthalates (both used in the manufacture of plastics), vinclozolin and glyphosate (i.e., Roundup), parabens (used in cosmetics), and ordinary flame retardants. To date the Endocrine Disruptor Exchange (http://endocrinedisruption.org) has identified thousands of endocrine disruptors and the list continues to grow. Endocrine-disrupting chemicals have become common in rivers and streams and have been shown to affect fish as well as other aquatic life. One such effect is “intersex,” the presence of both male and female characteristics within the same fish. This talk will describe the mechanisms of endocrine disruption in organisms and focus on the effects of endocrine disruption in aquatic life.

About the lecturer: Anne Henriksen is Faculty Emeritus at James Madison University, where she was a professor in the Integrated Science and Technology Department for 19 years. Dr. Henriksen came to JMU from The Los Alamos National Laboratory, where she was a staff scientist for ten years. She received a PhD in chemical physics from the University of Virginia; an MBA in management science from the University of New Mexico; and has spent the last seven years studying neuroscience, neuropharmacology, genomics, and bioinformatics. She specializes in the bioinformatic analysis of large-scale genomic data. Her current research involves understanding the effects of endocrine disruptors such as BPA in the brain. Her personal interest is in understanding the important role of sex steroid hormones in the brain during all stages of life.

First Voices of the Shenandoah Event a Success!

Last Thursday, July 15th, marked the launch of the Voices of the Shenandoah Event series…